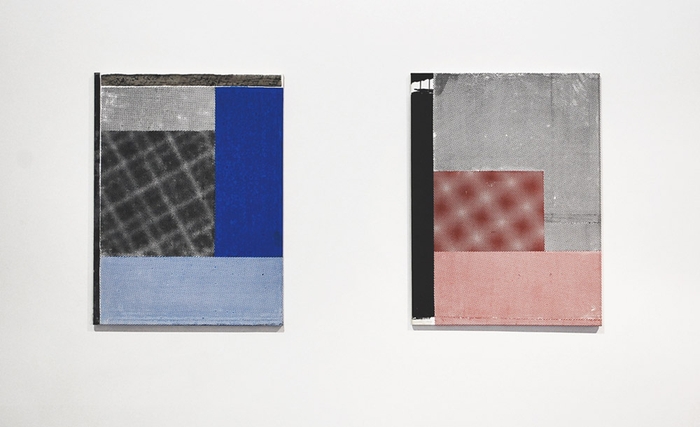 Melissa Gordon is collaborating with Spike Print Studio throughout March to produce a new body of work for a solo exhibition at Spike Island this summer.

In this talk she introduces her practice, including the Structure Paintings series, works on canvas that are based on newspaper layouts from defunct local and international titles. Focusing on the systems through which we receive information, Gordon reduces text and image to pattern, leaving only the familiar dot-matrix and grid structures from the printed page.

Melissa Gordon (1981) is an American artist based in London. She was the winner of the ABN AMRO Kunstprijs 2007 and the Royal Prize for Painting in the Netherlands in 2005, and studied at Rhode Island School of Design, Cooper Union in New York and De Ateliers in Amsterdam.

Melissa working in our screenprinting studio 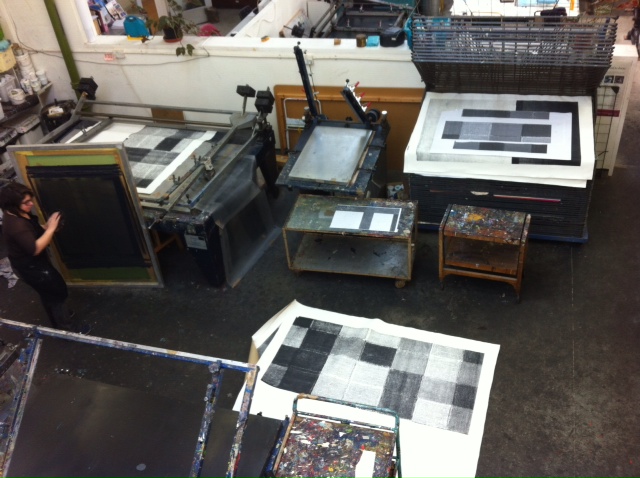