Here is a look at the exhibition by the technical staff in the Print centre at UWE. 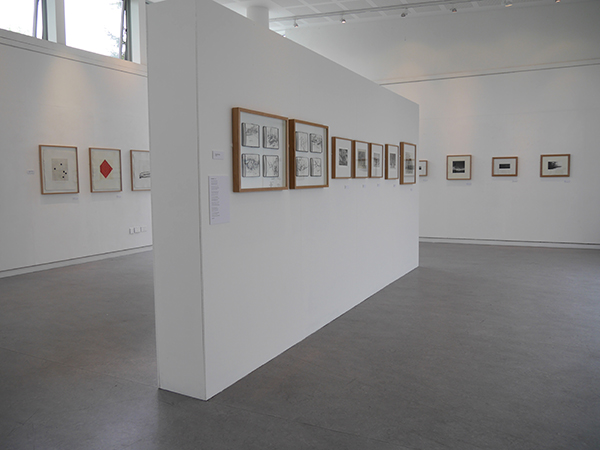 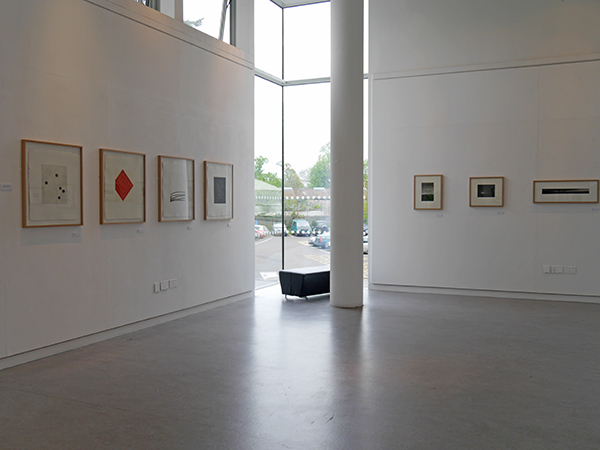 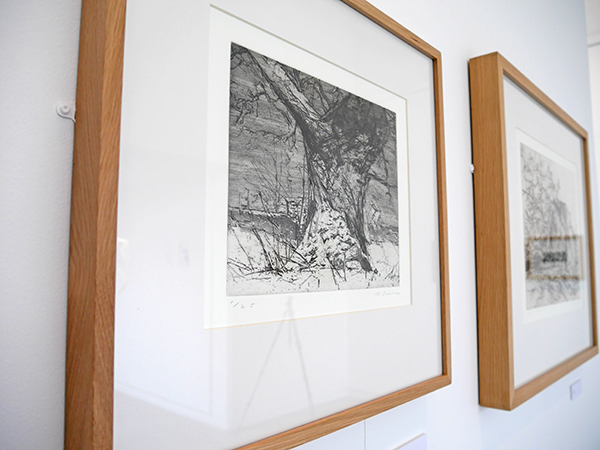 David Sully – Etching
David works directly in the landscape on copper plates or in his sketchbooks to retain
spontaneity. He notes the first frosts, a build up of snow, the passage of clouds or birds.
The plates are then bitten in acid, proofs taken, often re-worked and built up in layers.
Whilst the work is in progress additional sketchbook drawing may provide impetus. 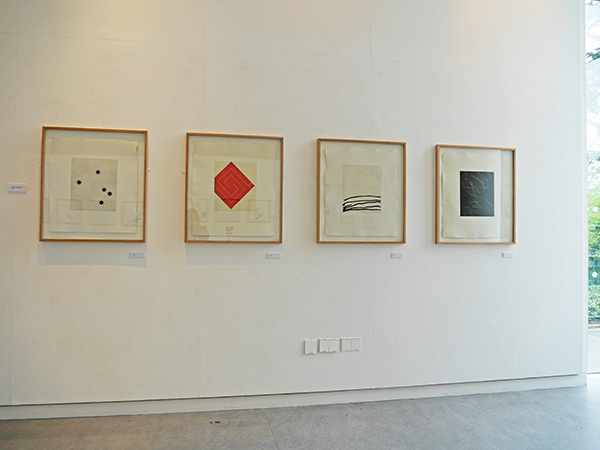 Gilly Thompson – Etching
Gilly recently graduated from the Multi-Disciplinary Printmaking MA and she is now the
current Graduate Technical Intern in the Print Centre. Mainly working with etching, her work
is about paring-down form and line to a minimum in order to evoke a particular emotion. 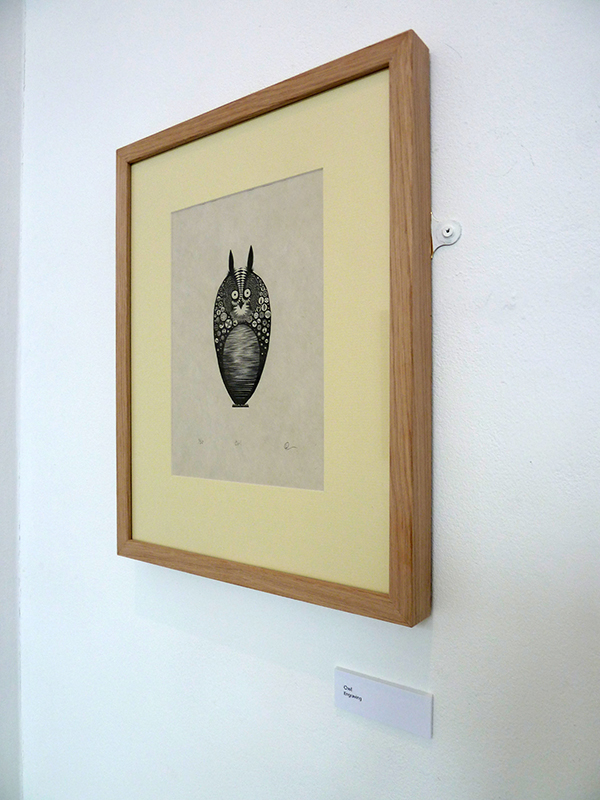 Ben Goodman – Relief, Letterpress and Etching
Ben is a printmaker specialising in wood engraving and etching. For Proof he has produced a series of new etchings inspired by the storms we have recently witnessed in the UK. Ben has used the process of etching to capture the power and scale of these weather systems and how they can make us feel vulnerable and derisory. 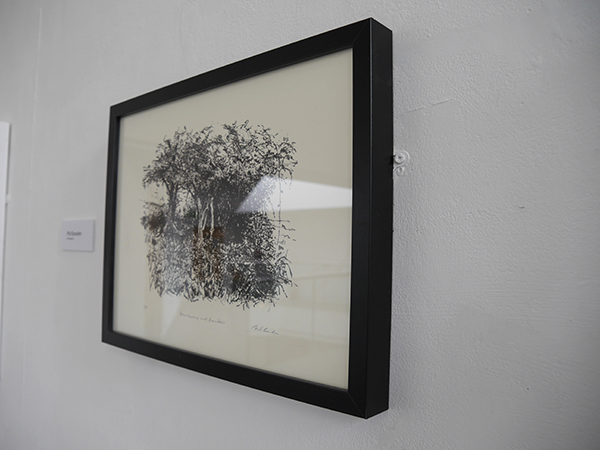 Phil Bowden – Lithography
Phil studied Fine Art at UWE. Phil’s etchings and lithographs were made from drawings he did
directly in the landscape at Ashton Court. 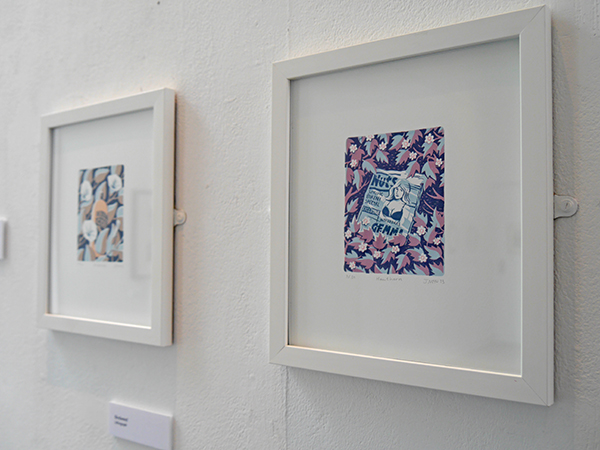 Jon McNaught – Lithography, Relief
Jon creates screenprints, lithographs and comic books, exploring suburban streets and quiet
corners of the UK. The prints in this show are part of a series accompanying Jon’s comic book
‘Dockwood’ (Published by Nobrow Press in 2012). 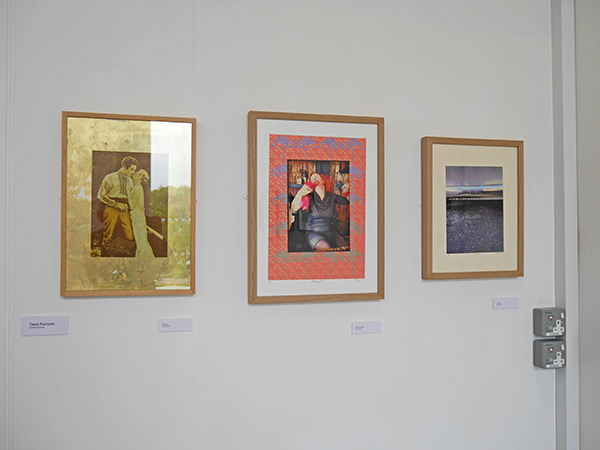 Dave Fortune – Screenprinting
Dave is a Master screenprinter and has worked at UWE for many years. His book,‘The Art Teacher’s
Guide to Water-based Screen Printing’ is in it’s third edition. He also regularly organises workshops,
seminars and summer schools in the UK and internationally.
“My images are mostly spontaneous iPhone shots manipulated in Photoshop… ‘by chance’ snaps of
events in my life.” 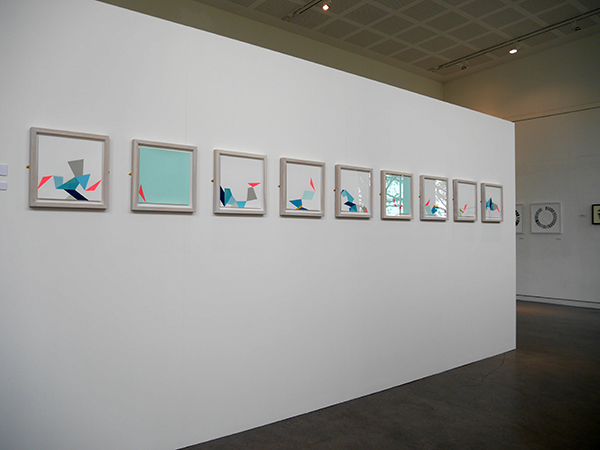 Frea Buckler – Screenprinting
Frea studied MA Printmaking at UWE. Her improvisational screenprinting technique is more like drawing or painting producing series’ of unique prints. They are minimal, visual representations of processes and behaviours rather than objects. 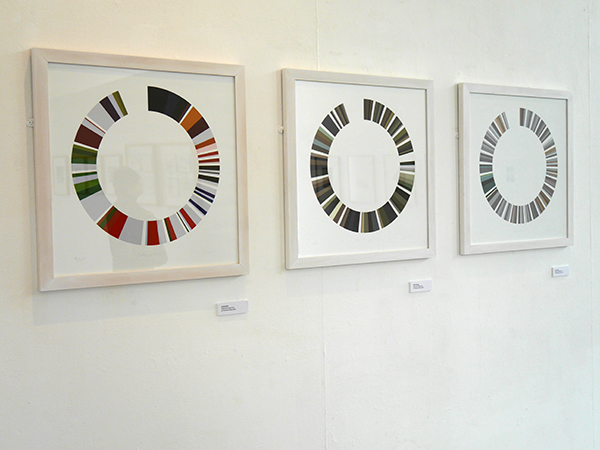 Arthur Buxton – Screenprinting & Digital
Arthur Buxton is an artist who uses custom software to extract colour from images to reveal trends,
often using painting and print media as a starting point. His work has been collected and
displayed internationally, online and in publications such as Wired and The Independent. More
recently he has taken part in the Winter 2014 WebStart Bristol Internet Incubator Programme located
at the Engine Shed to found his design-led tech startup Colourstory Ltd. 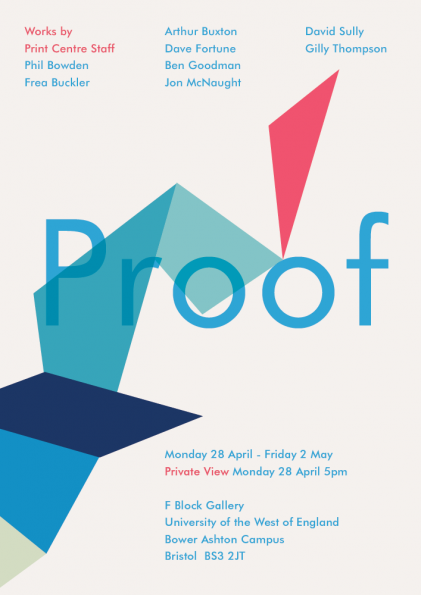