The project started when an old friend from the US came to stay in France and brought with him his new partner, Jean McGarry. They both teach at Johns Hopkins University in Baltimore, where Jean has been Director of the Writing Seminars for many years. She is a published writer – see her Wikipedia entry- and was keen for me to illustrate some of her published works, mainly short stories. I made one or two attempts but it did not work. I told Jean that Paula Rego would be a better choice of artist for the strange people to be found in her stories. In the end I said ‘just send me some photos’. So about four years ago and with the help of Martyn Grimmer’s etching group I began turning photographs, mostly black and white, into what Jean came to call ‘disturbed images’. In 2011 when I had finished work on eight of the photos, Jean came to France and wrote text to accompany them, she then sent a further four images. Then everything stopped as her relationship with my friend foundered. 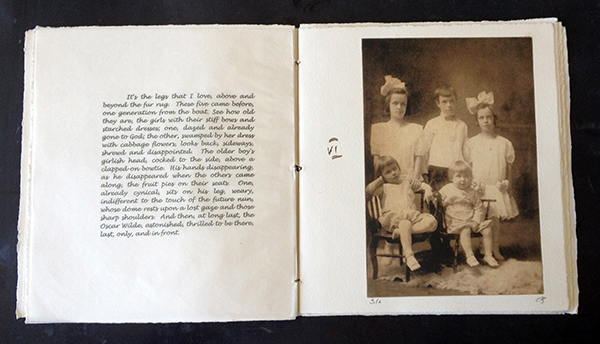 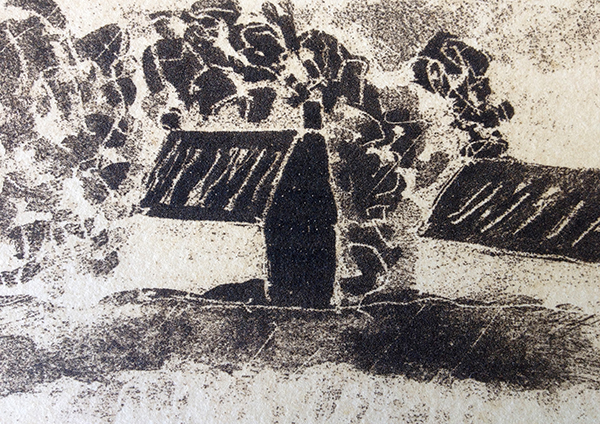 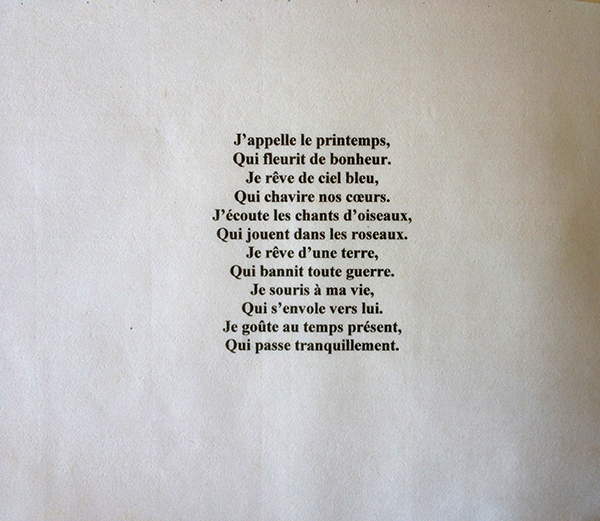 Two years passed and I finished work on the plates but still needed text from Jean for the final images. In 2013 we began work again and in December 2013 I was able to send Jean the finished book. She was overwhelmed.  ‘Having written many many things about my family, this is the one work that delves most strangely and most deeply into the essence of it. Things known and unknown and the etchings you have made are the deepest of the work’. 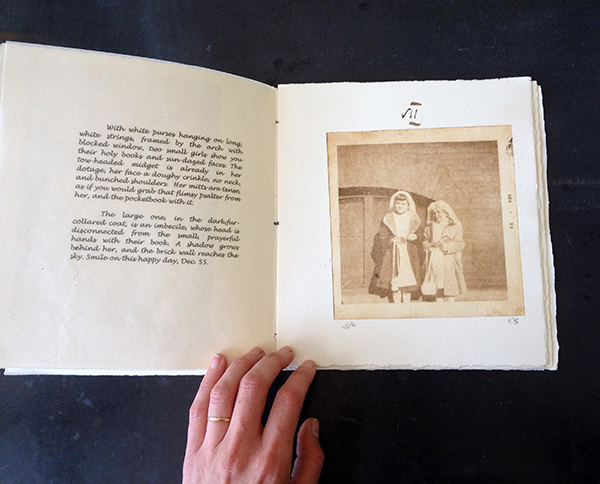 From 2011 onwards we worked wholly by exchange of images in emails, and in the final stages when we were looking for a title the emails speeded up as ideas bounced back and forth across the Atlantic. Our final title was inspired by a poem of Wallace Stevens, Thirteen Ways of Looking at a Blackbird, which also uses roman numerals to enumerate thirteen poems. All the time I did not know anything about the subjects of the photos other than that they were of Jean’s family. Then last week I travelled to meet Jean in Umbria where she was a fellow at the Castella Ranieri and we saw each other for the first time in four years. Telling the other artists and writers [also fellows on the programme] about our book ,  I finally found out who the people in the photos were. Each etching has strangely altered the people of her family and has made them closer to the people you will find in her stories. 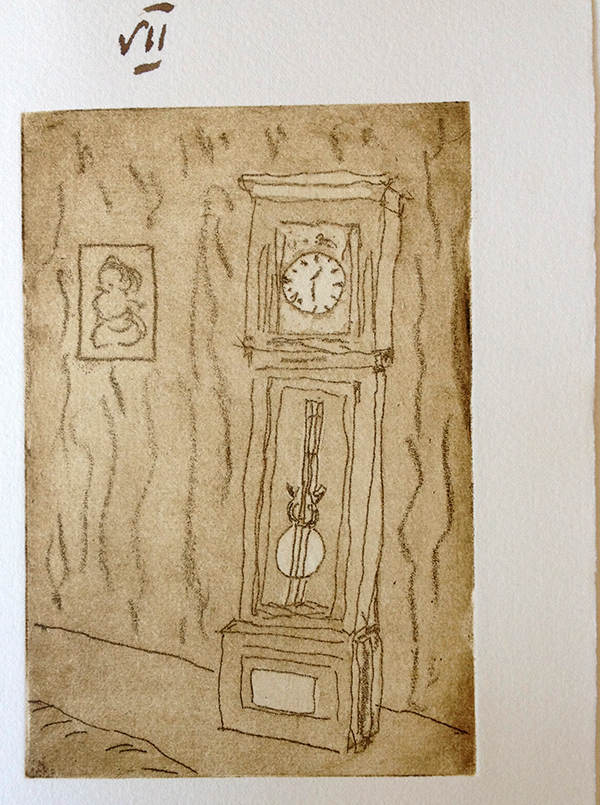 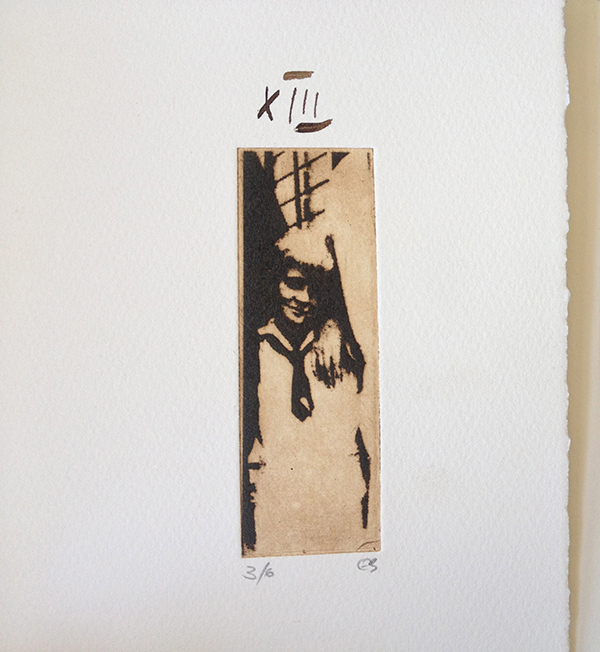 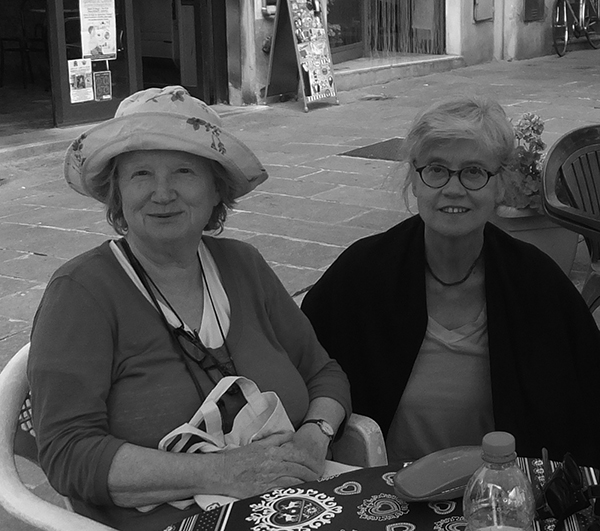 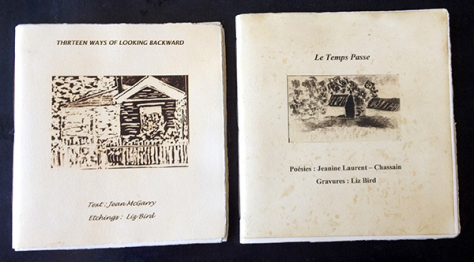