Absence and Presence: A Printmaking Response to the Bombing of Al-Mutanabbi Street

Gillian Thompson & Francisco Garnica were invited to participate in this project. Their print is currently being exhibited at San Francisco Centre For The Book. Click here to view the catalogue.

The Al Mutanabbi Street print project, Absence and Presence, turns to printmakers to further the rallying call first made to letterpress broadside artists and then to book artists. San Francisco Poet and Bookseller Beau Beausoleil initiated these projects to support the people of Al Mutanabbi Street in Baghdad, where a car bomb tore through this ancient booksellers street. Each form that the project has taken has allowed the strengths of different media to express the human connections among those who value culture from around the globe.

For the printmaking part of this project Beau Beausoleil worked with coordinators from across the US, the UK and Australia. Through their networks of fellow printmakers, the coordinators invited 260 participants. The number is significant as it is twice the number of those killed and injured in the attack of 2007. Through this network of artists a widely diverse group of printmakers has been assembled from Europe and the US, with additional artists from the Middle East, Asia and Australia.

Each print is on a sheet size of 11 x 15 inches. Within those confines the artists have formulated their response to the attack. While the artists book format lends itself to an unfolding narrative, the print is a fixed rectangle. The challenge to the printmakers in this project has been to try to tell so much in one “scene”–the challenge of addressing the atrocity itself, the value of the book, the cultural interconnections between Iraq and the world.

Artists have drawn on their diverse life history as they struggled to crystalize their thoughts into one single image. Some have turned to the wider cultural background, exploring the ancient history of Iraq, or the relation between religious and secular culture, or simply the essential value of reading. To achieve these prints the artists have utilized a wide array of techniques, from woodcut to spit bite aquatint etching, from screenprints to prints pulled from the leather tooled cover of an old book. The technical range and the diversity of approaches makes for a strong body of work that speaks to this one horrible act, isolating and examining it, not letting it escape down the memory hole of atrocities brought about by the Iraq War and its aftermath.

Here are a few examples of the prints being exhibited: 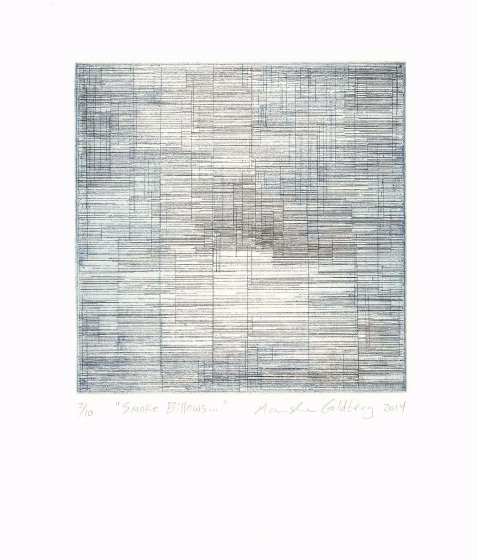 Smoke Billows… | 2014 | Highland Park, NJ USA
Edition of 10, etching
The print is based on an enlarged photographic detail of smoke resulting from the Al-Mutanabbi Street explosion. I’ve imagined the quiet contemplative nature of the booksellers’ street as it contrasted with the sudden violence. The title refers to the caption: “Smoke billows from the site of a car bombing.” The dispersion of smoke after a violent act is an ephemeral vision that obscures the reality and its aftermath. This investigation provided me with means to consider the real consequences of this and other destructive acts of war and to question the ways by which we receive information. 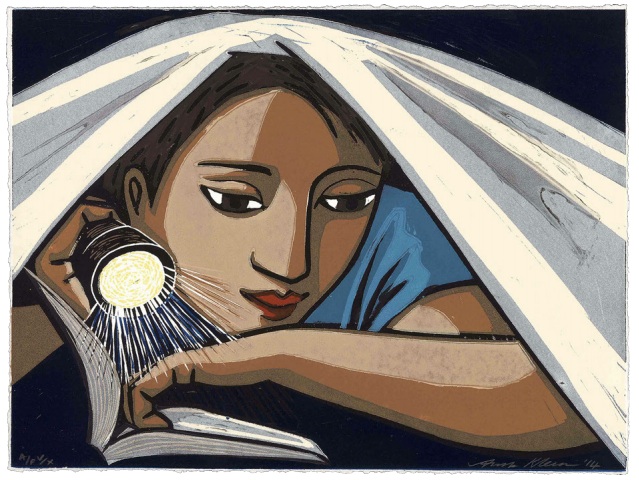 Reading Under the Covers | 2014 | London, United Kingdom
Edition of 10, linocut
My linocut, Reading Under the Covers, was made especially for the Al-Mutanabbi Street Starts Here project. I wanted to express the power of words and of reading, and how despite restrictions on freedom of speech and the destruction of written materials by repressive regimes throughout history, people will always find a way to read and disseminate ideas via books. That reading is so important an activity to human beings, that we will always find a way to read in secret if it is prohibited. 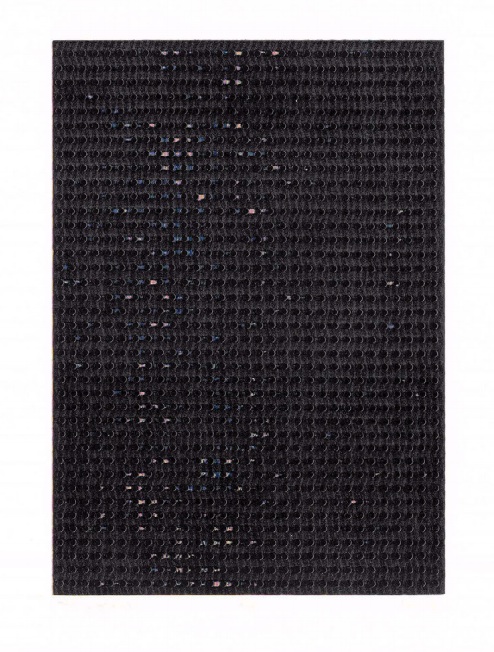 This Is The End | 2014 | Wichita, KS USA
Edition of 10, screenprint
The print I have produced for this project is titled This is the End. The title refers to the 1967 song by the Doors, “The
End.” The color sequence for my print was process yellow, process magenta, clear varnish, process cyan, and finally,
process black. There were ten varnish runs through a dot screen causing the ink to build up resulting in an intaglio
effect. The black negates nearly all that has come before and the finished print looks like Braille… but says nothing.
The bombing of a book store solves nothing and replaces a wealth of knowledge and entertainment with darkness.
There was a time when my work and personal life was very political. It was interesting to return to that aspect of my
past and to try and make a work of art that illustrates such a nihilist event. 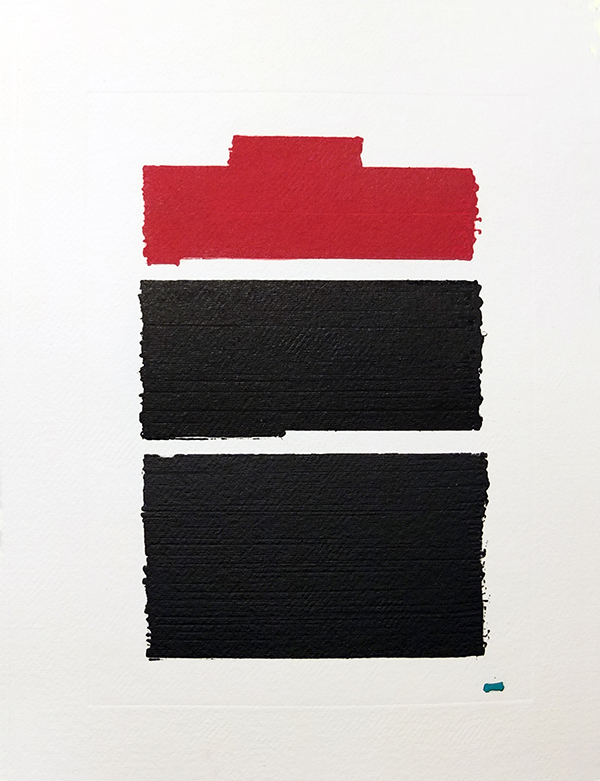 Censorship | 2014 | Bristol, United Kingdom
Edition of 5, etching
This print represents a page of a book. All the words are masked in an effort to erase information that could educate and liberate people. This image of censorship also references the Iraqi flag. It is a metaphor for the impossibility of cultural obliteration and the immortality of values, like the drive to learn and be free. This collaborative project was created in Spike Print Studio, Bristol, UK. It is a sugar lift etching printed on handmade paper. The plate was bitten over a long period of time to create an embossed line which is suggestive of a healing wound. 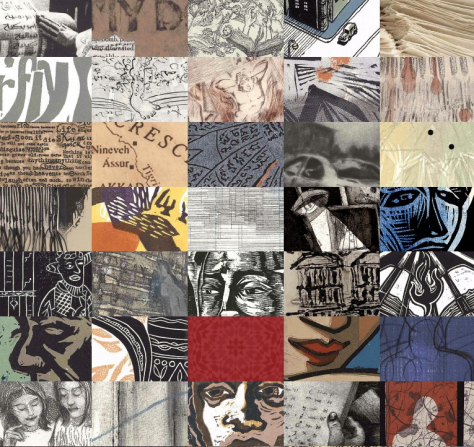