Artist Richard Long was in SPS this week to mark the end of The Spike Island Tapes project. These monumental prints are for his new exhibition at the Alan Cristea Gallery, and will be shown from 20 February – 2 April 2015. 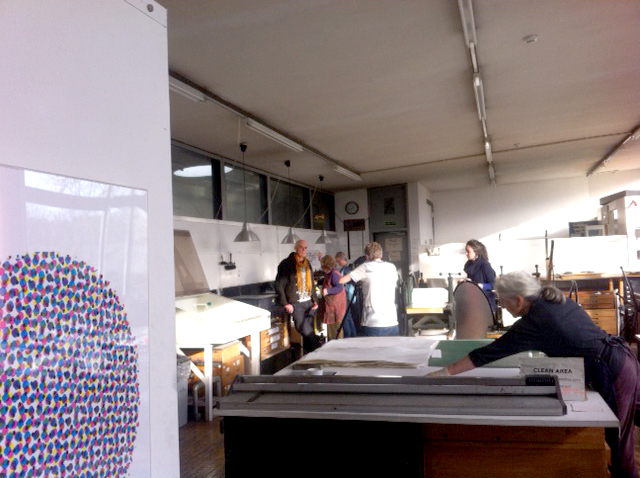 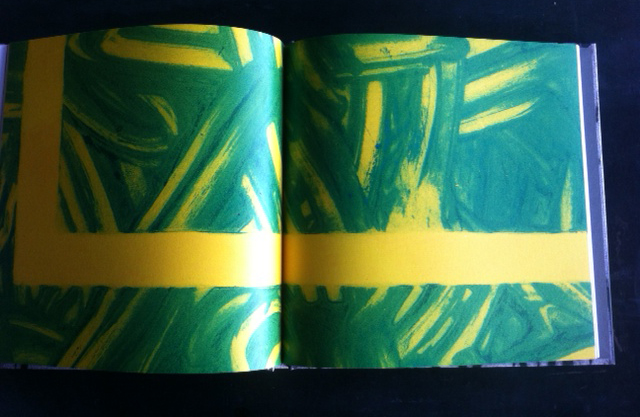 For his first solo exhibition at the Alan Cristea Gallery, Richard Long is presenting a new series of monumental carborundum relief prints. Not only do they mark the first time Long has worked in this medium, but they are the largest prints the artist has ever made, and include some of his most colourful works to date.

Over four decades of printmaking Long has mostly worked with silkscreen and offset printing, alongside etching and lithography. Long was approached by the gallery in 2013 with the idea of making carborundum relief prints, as this would give him the opportunity to work directly with his hand on the plate, thus replicating the technique he uses when making his mud works.

The Spike Island Tapes will comprise seventeen new works created from twelve 4 x 8 foot aluminium plates. Long explores a number of ways of working with the new medium, for example propping plates vertically against the wall, enabling him to work fast at the top of the plates, generating cascading ‘outtakes’ of his hand marks. Four panels produced in this manner will be hung together in an immersive five metre wide print. Other prints have been produced by first masking out shapes such as circles or spirals and then covering the plates with paste using his bare hands. Some have been printed in mud-coloured ink, whilst a number are coloured in vibrant reds and greens carefully selected by the artist.

The exhibition’s title The Spike Island Tapes could be viewed as an oblique reference to The Nashville Tapes, a selection of songs recorded by Bob Dylan and Johnny Cash 46 years ago. Spike Island is a contemporary arts centre in Bristol near to Long’s home, where the artist conceived, developed and proofed the prints for the exhibition. For Richard Long, working at Spike Island was comparable to a musician going into a recording studio for a few days, to lay down some new tracks. He has named all the prints in the exhibition after songs or music ‘he just likes’. 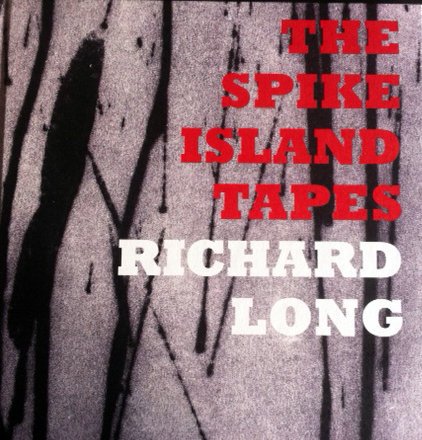