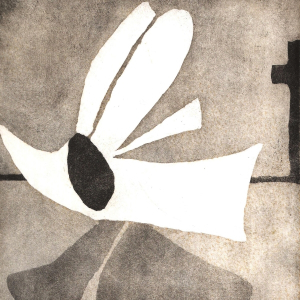 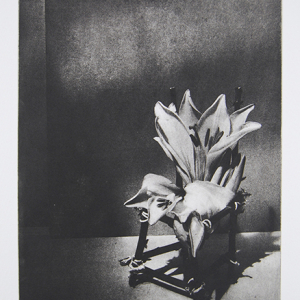 3 – 20 February 2016 Mall Galleries, London   Maria Bower‘s Photo-etching, Lily, has been selected for the prestigious  Columbia Threadneedle Prize. Maria is a member and former SPS staff member. Chairs are an ongoing theme in Maria’s work, here she explains the thought process behind her work. There are a few objects which I […] 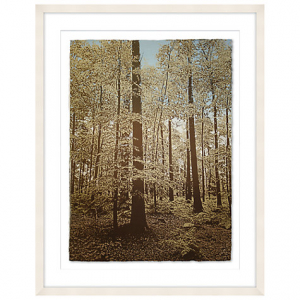 Anna‘s screenprints have recently featured in the John Lewis Autumn/Winter Catalogue. Anna lives at the foothills of the Mendips in South West England, an area of outstanding natural beauty that inspires her printmaking. In 2009 she completed a Masters degree in print making at UWE Bristol and since then her work has been firmly rooted […]

Meet this years recipient of the Peter Reddick Award. 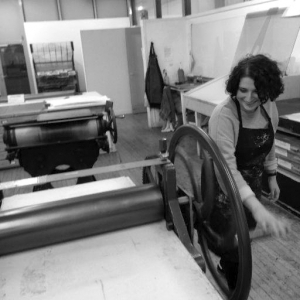 The 2015-2016 Peter Reddick Award for Innovation in Relief Printing was awarded to Demi Insall. Spike Print Studio offers this bursary with a value of £1500 to a new graduate to support his or her practice in relief printing. We are particularly interested in graduates who are innovative and experimental while using the oldest of print […]

Mix It Up student’s work selected for Goldsmiths exhibition. 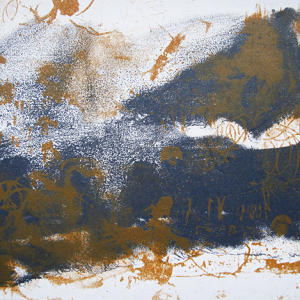 Amy Hutchings, who recently did the Mix It Up course at Spike Print Studio has had three of her lithographic prints selected for the ProCreate Project at Goldsmiths. In recent work, Amy has been inspired to translate her feelings surrounding pregnancy, childbirth and raising small children. Who she is; what she represents – has all […] 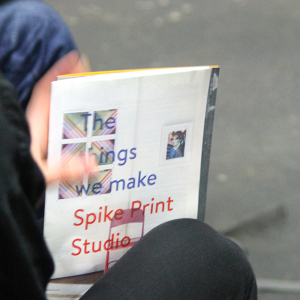 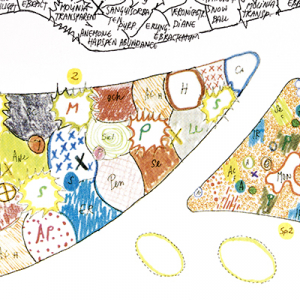 Spike Print Studio has proudly editioned a Piet Oudolf drawing for the Hauser & Wirth garden in Somerset. The print is a 4 colour separation screenprint, entitled Garden, Bruton. Measuring 60 x 111 cm, it is an edition of 100, printed on Heritage Rag. Irena Czapska, Katy Chard, Libby Lloyd and Alex Higlett were the editioning team behind this large […] 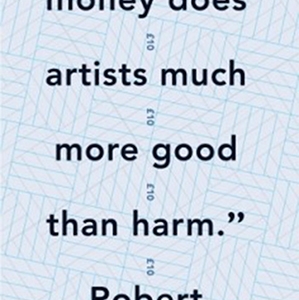 Visit Spike Print Studio’s online shop to discover something different this Christmas. As well as Fine Art prints there are vouchers  for sale to pay for courses, workshops & materials. Or…treat yourself to a place on one of our courses in 2016 instead! It really is the best way to beat the winter blues. There are still a few remaining […] 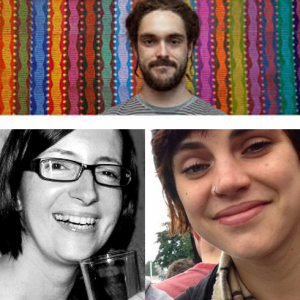 As part of the studio restructure, SPS has recently introduced 2 more Member Technician positions. Member Technicians work for 3 hours a week, assisting the Studio Technical Manager with day to day tasks. Their responsibilities are: to promote Health and Safety, to aid in the supervision and assistance of members & to help maintain the facilities in a […] 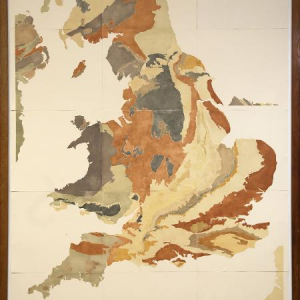 This week, Spike Print Studio was invited to the Private View of Rodney Harris’s exhibition at the Wills Memorial Tower, Bristol University. Bristol based artist Rodney Harris  joined the School of Earth Sciences in January 2015 for a creative collaboration between himself and staff as well as students in the School. The artist in residence project […]